One of the biggest apprehensions Barb (and honestly, me too) had in going to Alaska was the concept of taking off and landing in a float plane…. on water!  Neither of us had ever done it. To further the concern, you seem to frequently hear about a “small plane crash in Alaska” in the news during the summer.  Just Google “Alaska plane crash”.

Why?  There are so many planes and so many trips being taken during the summer tourist season in Alaska.  Small planes sightseeing to Denali, Barrow, North Pole and more, not to mention all of the “fly out” fishing planes headed to rivers and lakes throughout the state.  There is a reason Anchorage is called the “Air Crossroads of the World”, being within a 9 hour flight to 90% of the industrialized world.  It also houses the world’s largest and busiest seaplane base at Lake Hood.

So it was with a bit of reluctance that we walked up to the plane you see in the “featured” picture on our blog site.  It landed and taxied into the bank of a small lake near the Iliamna (AK) airport.  It’s here where we met Troy “T-Bird” Abplanalp, our pilot, and boarded the “Dirty Girl” for our flight to Intricate Bay Lodge.

Two things to know… First…T-Bird is a character in the truest sense, but also a very, very good seaplane pilot.  We had a blast getting to know him and flying with him on our adventures.  I even got to sit in the co-pilot seat next to him on each flight….erm…. due to my “size”.  Second… The “Dirty Girl” (watch the video as to why she’s called that) is a 1954 de Havilland Canada DHC-2 Beaver, a workhorse bush plane that had flown in both the Korean and Vietnam wars.  Just take a look during the video at the cockpit to see very little “electronics” except an added Garmin GPS device that wasn’t invented until 1989.  To say flying the “Dirty Girl” is old school is an understatement.

To make a long story short, we quickly became comfortable, or at least at peace, with flying in a seaplane.  Over the course of our time at IBL, we took 12 flights with T-Bird and the Dirty Girl… a “flight” being a takeoff and a landing…. some in good weather, most in rain and wind it seemed.

The video above documents what a “typical” day was for us… although there was usually NOTHING typical each time we flew.  While there will be more posts highlighting “T-Bird” and our “Dirty Girl” experiences (our “Guide Talk” for one), please enjoy the video above. 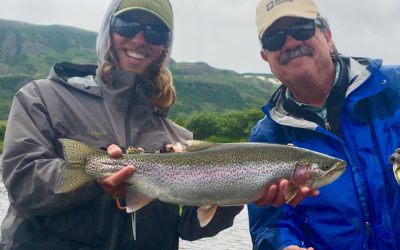 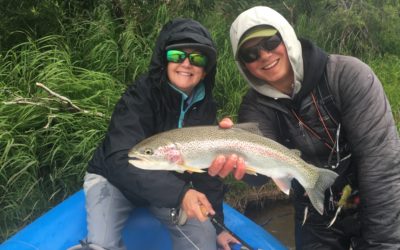 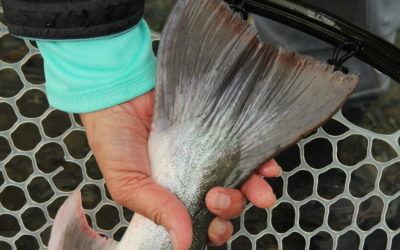 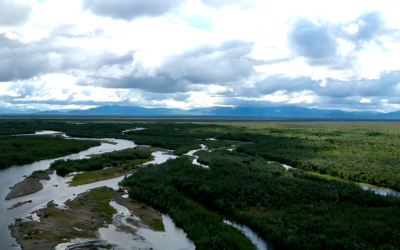 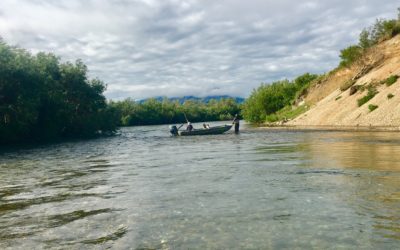